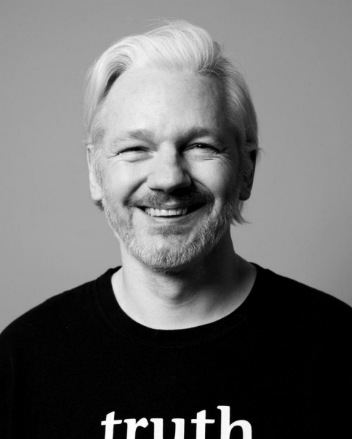 “Every time we witness an injustice and do not act, we train our character to be passive in its presence and thereby eventually lose all ability to defend ourselves and those we love”

Assange Hearing Day, when will this End?

Extract from Craig Murray’s blog. “The appearance lasted two minutes. Burnett told us that the Court certified, as being a matter of general public interest, the question of whether “Diplomatic Assurances” not submitted in the substantive hearing, could be submitted at the appeal stage. It did not so certify the other points raised; it refused […]

Who Is Julian Assange? Why Do The Powerful Want Him Silenced? Why Do The People Need Him Free? Julian Assange is an award winning journalist and publisher who founded WikiLeaks in 2006. Through WikiLeaks, a multi-national media organization and associated library, whistleblowers around the world have been able to anonymously and securely provide proof of […]

The UK High Court will deliver its decision on Monday morning at 10.45 am (GMT) about whether to permit Assange to appeal the US extradition decision to UK Supreme Court on points of law of general public importance. Julian Assange’s fiancée @StellaMoris1 will be there to give a statement. The judgment will either: 1) Certify […]

Boston Area Assange Defense continues to standout for Julian Assange, founder of the news outlet WikiLeaks. And in doing so, we also stand up for the people’s right to know. We standout for Assange because he is silenced and suffering in solitary confinement and we cannot allow our government and its media to run away […]

Covid is tearing through Belmarsh Prison, and as of a few hours ago (12th January 2021), Julian Assange’s unit was put on lockdown and classed as an outbreak area. No association is allowed between prisoners. Whether the intentions behind the virus were nefarious or not, we are dealing with a real virus, that many of […]

After the UK High Court ruled in favor of the US Government’s extradition denial appeal on two out of five counts, Assange’s legal team has filed a petition to appeal to the UK Supreme Court. This petition must be met with the approval of the high court before proceeding. It is expected that a ruling […]

We are currently awaiting a decision from the UK High Court on whether or not the U.S bid to appeal their extradition request denial will be successful. A ruling is expected any day now. If extradited, Julian Assange faces up to 175 years for having published inconvenient truths that revealed corruption at the highest levels.

Call or email your local municipality or police station to find out about rules and regulations for organizing a protest in your area. Generally speaking, you should not need to formally ask any special permissions if your protest: will take place in a public square. will not block traffic. you will not be using a […]

Donating your time to support this cause is very powerful. Please consider also making a financial contribution to help cover the cost of running organisations and campaigns.Did you know that Julian’s lawyers are working pro bono, or that WikiLeaks is entirely funded by its readers and is being challenged by multi-million dollar corporations? We rely […]

Challenge false reporting in the media

Julian Assange and WikiLeaks are the subject of regular false claims and smears in the media – a consequence of challenging the powerful. Media outlets which should support truth-tellers often choose to side with powerful interests seeking to undermine WikiLeaks and the public’s right to know. A common smear has become to falsely link Julian […]

Not sure what to write? Here is some inspiration. 1. General letter – to UK MPs 2. Bail and immediate release for Mr Julian Assange – to Chief Magistrate Emma Arbuthnot and Judge Vanessa Baraitser 3. International Jurists’ Letter in Defence of Julian Assange – to UK PM Boris Johnson 4. Torture, Crimes against humanity, […]

View all
Interested in being our next guest? Register here